“Made in Turkey” – Airports 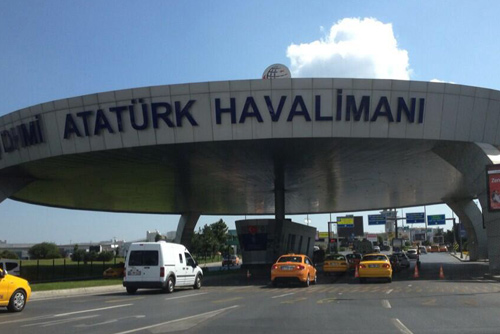 The race is on. Istanbul’s new and third airport, with a planned passenger capacity of 150 million, has the potential to make Istanbul a mega regional aviation hub. This will bring it into direct competition with Dubai which is also building a new airport at Dubai World Central with the same eventual capacity. However, Istanbul has an important advantage because the city has a sizeable population of 17 million and is a major tourist attraction. Istanbul therefore has a great deal more indigenous traffic than Dubai which relies much more on transit traffic. Dubai will also find more competition from other neighbouring Arab countries which are also expanding their airport capacities.

Istanbul’s currently largest airport is Atatürk Airport which is also on the European side of Istanbul. This airport is fast meeting its capacity with over 51 million passengers in 2013, compared with 66.4 million for Dubai. Both airports are fast growing with a 13 % growth rate for Atatürk in 2013 and a 15.2 % growth rate for Dubai. Istanbul Atatürk is presently the 17th most busiest airport in the world in terms of total passengers and the 10th most busiest in terms of international passengers.

The present Atatürk Airport’s International Terminal was opened in January 2000 and was built by the Turkish consortium TAV Group on a Build-Operate-Transfer model. Atatürk Airport, the first airport constructed by TAV, was of a very efficient and practical design, and has been highly praised. Its architectural design, speed of passenger processing, accessible car parking facilities, and high quality of service set it up as an example to other airports.

Indeed, TAV used this design as a model for many of the airports it has since constructed both in Turkey and abroad. TAV has completed construction of 12 and is currently constructing 8 airports, airport terminals, and aircraft hangars. Total value of projects undertaken has surpassed USD 16 billion. 49% of TAV Construction company was sold to Aeroports de Paris Group in 2012.

An important aspect of airport terminal buildings constructed by TAV is that their designs allowed for security control of all passengers and their relatives and/or friends on entering the buildings. Airports are prime targets for terrorists and such security checks of incoming passengers would greatly improve security and passenger safety. The bombing at Moscow’s Domodedovo International Airport in 2011 and the shootings at Los Angeles Airport in 2013 could well have been prevented if these precautions had been taken. Of course, airport terminals will need to be designed especially to accommodate these security control areas. The numerous entrances to most airport terminals currently in operation make this impractical.

Airports constructed by TAV are fine examples as to how such passenger traffic hubs should be designed to ensure optimum efficiency, comfort and usage. TAV’s success is largely due to its experience in running the Istanbul Atatürk Airport, and TAV has been rewarded with many airport contracts abroad. This a fine example of an excellent Turkish design being successfully exported abroad.