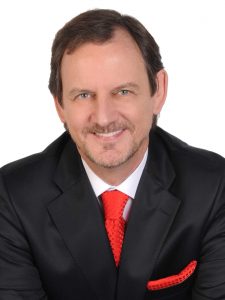 I was born in Bristol, England in 1953. Having graduated from UMIST (University of Manchester Institute of Science and Technology) in 1975, I worked for two years at the Otis Elevators Company in London before leaving to marry a Turkish lady and settle down in Turkey in 1977. I have been a resident of Istanbul, Turkey ever since.

Having studied Turkish at Istanbul University in 1977-8, I started as a Junior Auditor with the Muhaş/Touche Ross Company in 1978. When Touche Ross closed its Istanbul offices in 1980, I transfered to the Arthur Andersen auditing company where I was promoted to Audit Senior.

My work at Touche Ross and Arthur Andersen allowed me to travel all over Turkey, greatly improve my Turkish, and meet Turks from all walks of life.

I left Arthur Andersen in 1982 to take up the position of Accounting Manager at the American Express Bank in Istanbul. My work at American Express was very exciting as this was a time when the Turkish economy was beginning to open up under the auspices of the then Prime Minister Turgut Özal. My responsibilities widened to include all aspects of banking operations and I was promoted to Operations Manager.

American Express was purchased by the Koç Group in 1986, becoming first Koç Amerikan Bankası and then Koçbank. I left American Express during this period to take up a new position as Assistant General Manager Operations with Tekstilbank, which was then owned by the Akın family. I was responsible for setting up the operations of the bank from scratch, the only other two employees at that time being the General Manager and his secretary. During the five years I worked at Tekstilbank, which was a corporate financial services bank, in addition to our Istanbul head office, we established four branches outside Istanbul in Turkey and employed over 200 personnel by 1991. Of the total workforce, 150 reported to myself, the remainder working for the Loans and FX departments Our management team and many of our junior staff were recruited from foreign banks in Turkey. We enjoyed a very high reputation for the quality of services achieved within a very short period of time.

I resigned my position at Tekstilbank when it became clear that the bank was to be sold to GSD Holding due to the under capitalisation of the bank. The new owners indeed later built the bank into a leading retail bank with branches throughout Turkey.

On my departure from Tekstilbank, I decided to set up my own business. After much consideration of alternative sectors, I finally chose the facilities services sector because it was then only just being established in Turkey, the concept of outsourcing being very new. Though this sector was a far cry from banking, the fact that I had always been involved in solving day to day operational problems and following up a multitude of projects meant that I was easily able to adapt to this sector.

My facilities services company, RGS Group, was established in 1992 in a small back street office. RGS Group grew much faster than my expectations. However, it soon became clear that it was not so much a problem of obtaining new contracts but rather one of maintaining an acceptable level of standard of service, since there was not an adequately trained workforce and experienced supervisory staff and management available. In those early days, families did not look favourably on their women going out to work part-time in offices and factories, and cleaning especially was not considered a male profession. This attitude has changed much since, but unfortunately just as the available workforce grew so competition from local newly formed companies and foreign companies greatly increased in the sector.

Despite the early operational difficulties and the later increased competition, RGS Group was accepted as one of the leading facilities services companies in Turkey, providing a high quality of cleaning, security and payroll services to the major national and international corporations in Turkey. National clients included Koç, Sabancı, Eren, Deva, Doğuş, Doğan, Eczacıbaşı, and Yaşar groups of companies.

Having built up RGS Group from nothing to a highly respected facilities services company over 20 years, I decided at the beginning of 2012 to look at the alternative strategical options available to me. The reason behind this was the strong competition and the pressure from clients to reduce costs, both factors of which contributed to ever lower profit margins. Since I was unable to increase turnover at a rate to compensate for narrowing margins, it was clear to me that I needed to find a partner to generate the resources needed to ensure a higher market share and growth potential. It was during my research for a possible merger, equity fund investment, or an investment from a foreign facilities services company that I was approached by a competitor, the Orion Group of Companies, which was very keen to purchase RGS Group. Negotiations were quickly finalised and Orion purchased RGS Group outright in April 2012.

After the sale of my company, I started to take a more active role in the British Chamber of Commerce of Turkey (BCCT) where I had been Vice Chairman since July 2010. The Chamber, due to new support and funding from the British Government, was going through a transitional period which would see it transformed into a strong institution capable of providing a wide range of services to British companies wishing to develop their commercial ties with Turkey. I completed my three years of service with the Chamber in June 2013. I benefited greatly from my work at the Chamber since I managed to considerably expand my contacts with representatives of Turkish associations and with top management of Turkish and international companies working in Turkey.