The Birth of the World Citizen 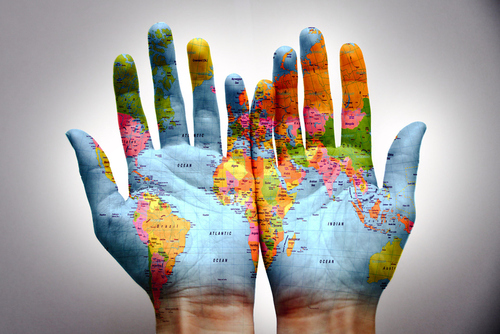 There has recently been much publicity about the increase in the number of Americans giving up their citizenship. The number of expatriates renouncing their US citizenship surged to 1,131 in the second quarter of 2013, compared with 189 in the same period in 2012. This may not be considered a large figüre when you consider that there are some estimated 6 million Americans living abroad. However, it is still a significant rise. The reason for this rise is assumed to be the new stricter financial reporting regulations to be introduced by the US tax authorities next year. Unlike other countries, Americans are taxed not only as residents of the US but also as citizens of the countries in which they are located. The US tax authorities hope to recover an estimated US 100 billion a year in unpaid taxes. Though they are trying to track down wealthy tax dodgers, ordinary people are being forced to comply with these new time-consuming and expensive bureacratic procedures. Many Americans, who have lived many years abroad and have dual citizenship, are now feeling that its no longer worth retaining their US citizenship.

Many Americans have now come forward to explain the reasons behind their decisions to renounce their US citizenship. However, I have also been interested to learn why many other people around the world have changed their nationalities. Some reasons are very straightforward such as those who have become very attached to their newly adopted country of abode, but often there are other more unusual ulterior motives behind their decisions.

The following are a summary of readers’ contribtions, describing why they gave up their citizenships, from the BBC News Magazine article of October 2nd 2013, “Twenty readers who switched nationaities”.

A Turkish man who had been living in the UK for 13 years and who had dual citizenship, Turkish and British, relinquished his Turkish nationality because he did not want to do his compulsory military service. He could not afford to pay the 6,000 pounds sterling required by the Turkish Government for exemption. Now he can visit Turkey as a tourist without fear of being arrested as an army deserter. A Belgian man gave up his Belgian passport many years ago to avoid military service and is now a British citizen living in Brazil. A Singapore national gave up his passport because of the military service and reservist obligations there and became a British national.

Many countries do not have dual citizenship arrangements and people are forced to make a choice for either political, economic or other practical reasons. Slovakia has apparently recently revoked dual citizenship rights in order to prevent ethnic Hungarians living in Slovakia. A Chinese man had to renounce his Chinese citizenship when he became an Australian citizen.

An Irishman and an Austrian had to give up their respective passports to become a British citizen because they were taking up a position with a British government department. Dual citizenship is not allowed by Britain for such positions. The Austrian also wanted to avoid military service in Austria.

Some people want more freedom in traveling. A Russian became a Czech because he could now travel to some 160 countries without ever needing a visa. He is now living in China where he notes that everybody needs a visa except the Japanese. An Indian gave up his Indian passport for a Hong Kong passport, giving one of the reasons the fact that Indians need visas for so many countries. A Zimbabwe national gave up his pasport for a British passport because he was held up for questioning by European and British authorities at airports.

Some of the contributors were sad that they had to renounce their citizenship of birth. Others had no regrets at all. I would agree with one contributor who said that the world is now smaller and that he considers himself a world citizen. Indeed, as travel and communication in the world becomes easier, so more and more people marry with people outside their country of birth.

I know some families which are truly international, with each family member seemingly marrying a different national. I am personally proud that I have contributed to a more cohesive world by marrying a Turkish lady and raising children with dual citizenship. My brother is also married to an Turkish Armenian with two children.
I often joke that everyone should be obliged to marry a foreign national. This would then truly result in the birth of a world citizen and the end to conflicts throughout the world. Technology is indeed bringing all nationalities closer together. Barriers are coming down everywhere as knowledge is shared. The coming of the world citizen is inevitable. I only hope that countries will not continue to delay this by restricting the movement and integration of its citizens with other countries.